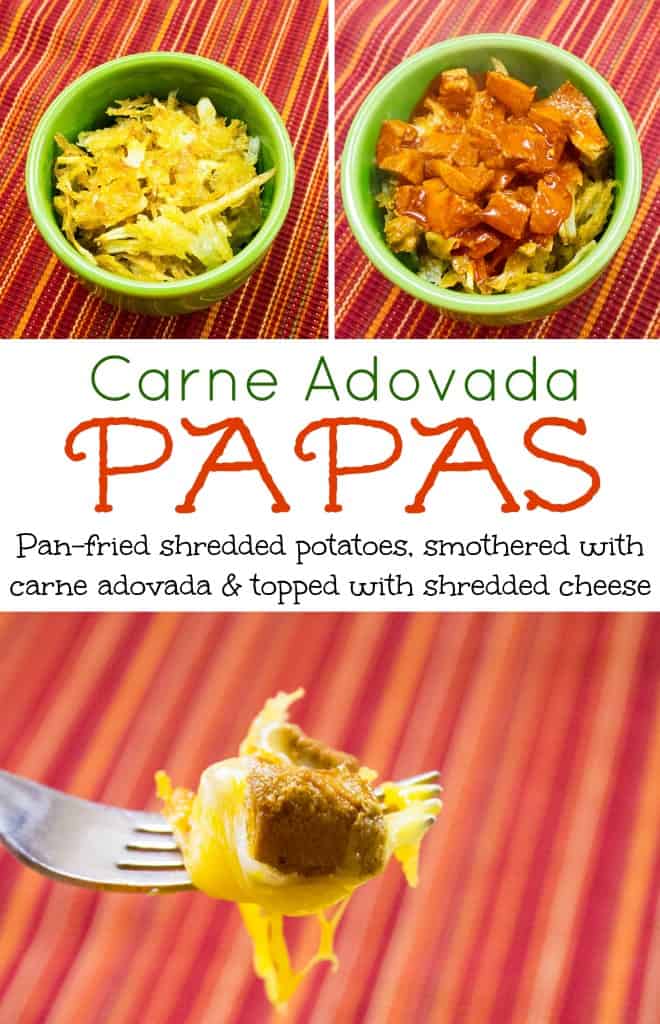 A couple months ago, my family met up to spend some quality time in Albuquerque (yes, the city where they film Breaking Bad).  Despite its affiliation with drugs and wayward police, Albuqeruqe is a beautiful town, rich with culture and home to some of the very best restaurants I have ever eaten at.

On the last day we were there, my mom insisted that we stop by a local restaurant called Wecks, which she said had phenomenal food.

Once we sat down, I was pretty stoked that we could order chips and salsa with our breakfast.  That is always a good sign.  When I opened the menu, my eyes gravitated to the carne adovada papas. The carne adovada that I have had before consists of chunks of pork simmered in a red chile sauce.  Papas translates to potatoes, and in this case, it was prepared hashbrown style.  So the dish was a bowl of fresh hashbrowns, covered in a red chile pork, topped with an over-easy egg and shredded cheese.  And it was amazingly good.

My husband didn’t get to make the trip with us, so I decided to recreate this dish at home to see what he thought.  And he loved it!

There are several short-cuts you can take with this recipe, depending on if you are more focused on a quick and easy dish, or a completely homemade dish. I think you’ll love it, in either case, so modify as you see fit!

The Hash Browns: You can buy your own frozen, preshredded potatoes and warm them up on a skillet to save time.  Alternatively, you can make your own. 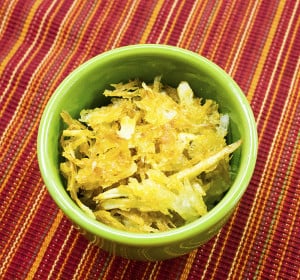 The Pork Tenderloin: I marinate a 3 – 4 pound pork tenderloin in about 1/4 cup of olive oil, and a tablespoon each of cumin, oregano and garlic powder, and a teaspoon of salt, then refrigerate it for 4 to 12 hours.  I roast the marinated pork tenderloin in the oven at 350 for 1 hour, or until the pork is cooked through and internal temperature has reached 145 degrees.  I’ll let it rest for 5 – 10 minutes, then cut it into bite-sized cubes.

You don’t have to use pork tenderloin for this recipe… you can use cooked ground beef or another cut of cooked pork if you prefer, but I like the pork paired with the red chile. 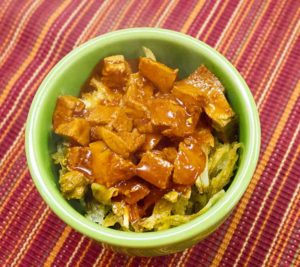 To make the red chile sauce: You could buy a canned red chile sauce but there is a great recipe for enchilada sauce that I wrote for Little House Living, which whips together in about 5 minutes. If you have some extra time to make it truly homemade, try this amazing authentic red chile sauce made from reconstituted red chile pods, and a blend of spices.  Both sauces are amazing and work perfectly with this dish.

How to make Carne Adovada Papas: Once you decide how you’re going to buy/prepare your ingredients, the dish pulls together rather quickly.   Simmer the pork (or other meat) in the red chile sauce in a pot over medium heat, until heated through.

In a skillet, add butter, and fry eggs until desired doneness.

Pile a cup of hash browns into a bowl, top with 1/2 cup of the red chile pork mixture, then one of the cooked eggs, followed by 1/2 cup shredded cheese.  If these are placed in an oven-proof bowl, you can broil it for a few minutes to melt the cheese. 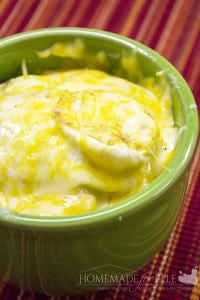 So, it sounds a little complicated, but once you get the components down, it’s really just about assembling the dish.  And there are a thousand ways to modify this and make it your own! 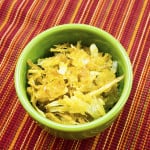 I love learning how to create things from scratch, so I know what ingredients go into everything from homemade face scrubs to clean eating recipes. I enjoy sharing my favorite recipes with other families so they can have a healthier home, too!