You are here: Home / Healthy Home / Which All Natural Rust Remover Works The Best?
29shares

I spend a lot of time in my kitchen, so having a good set of knives is pretty imperative for me.  For Christmas, my wonderful hubby bought me a new set of shiny knives! Yes, I am one of those women who does enjoy getting kitchen appliances and gadgets for holidays.  If it makes my life easier, I am all for it!  The last set of knives we had were from our wedding registry, and they were pretty worn down, and needless to say, I was ready for a nice new set.

Within a few months though, my knives started getting small rust spots on the blade.  I think this may be due to the dishwasher, and perhaps this can be avoided by hand washing… but I’m not a huge fan of washing dishes by hand, so instead of finding a prevention, I would rather find a solution 🙂

With the help of my good friend, Google, I have come up with a list of natural knife cleaning methods, and I have tried them all out.  Here are the results, so you can decide for yourself what you think is best! 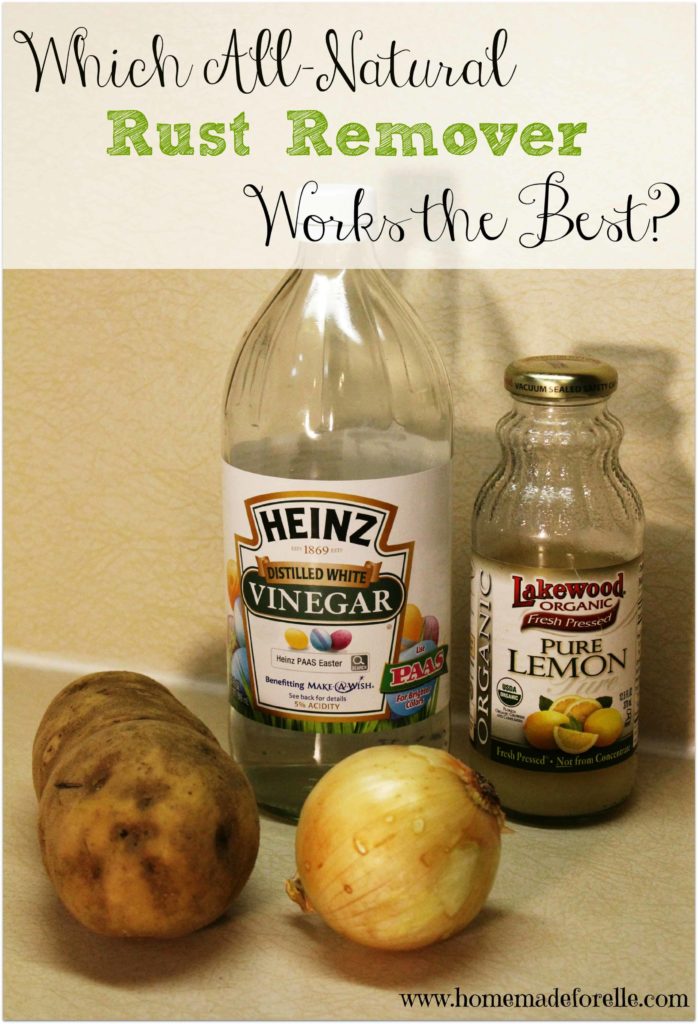 Potatoes have oxalic acid. The acid is supposed to dissolve the rust.  I grabbed a pair of rusty shears and plunged them (carefully) into the potato and let ’em hang out for a couple hours.

Onions have enzymes called allianases, which break down to sulphoxides when they come in contact with oxygen.  This creation is called sulphenic acid.

Citric acid is the key in lemon juice’s ability to remove rust.  There are several variations of this home remedy available online, and frequently it’s used in combination with salt.

For my experiment, I simply poured lemon juice into a glass, added the knife, and let it soak for 2 hours.

Vinegar is kind of the Holy Grail of natural cleaning agents. The acetic acid content in vinegar is supposed to be the helpful hand that makes vinegar remove rust.

I soaked the blade of a knife in white vinegar for 2 hours. 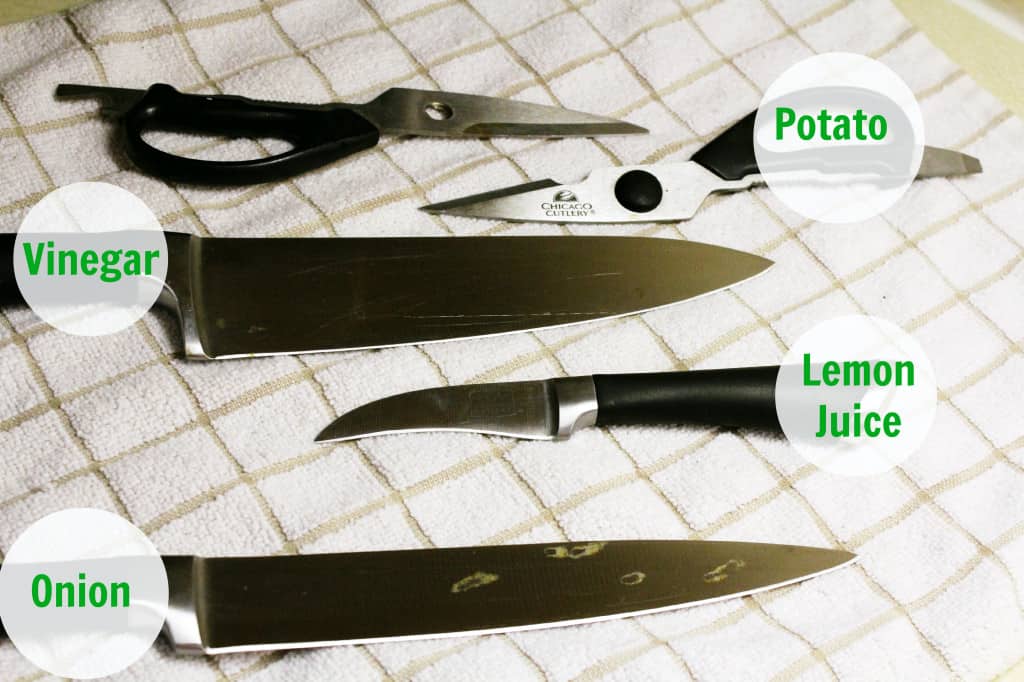 In 4th place, we have the Onion.  As far as I can tell, the rust stains did not change at all.

In 3rd place, we have the Vinegar.  I was fairly disappointed in this, to be honest. The only change I saw as a result of the vinegar soak is a *slight* lightening of the rust stains. I suppose the vinegar may need longer than 2 hours, but for the sake of this experiment, it fell short of expectations.

In 2nd place, we have the Potato.  I actually expected the potato to be the least successful, so I was surprised to see that a lot of the discoloration on the scissors was easily wiped off after extracting the shears. The rust was still visible, but definitely lighter.

And the winner is Lemon Juice! After removing the knife from the lemon juice, I was able to effortlessly remove the rust stain from the blade, in a matter of seconds.

6 Herbs for Health {and how to incorporate them!}
Super Easy DIY Sugar Hand Scrub {3 ingredients!}
Vegetables You Can Grow in Grow Bags
Essentials for Healthy Living

I love learning how to create things from scratch, so I know what ingredients go into everything from homemade face scrubs to clean eating recipes. I enjoy sharing my favorite recipes with other families so they can have a healthier home, too!

All About The Farmhouse Decorating Style 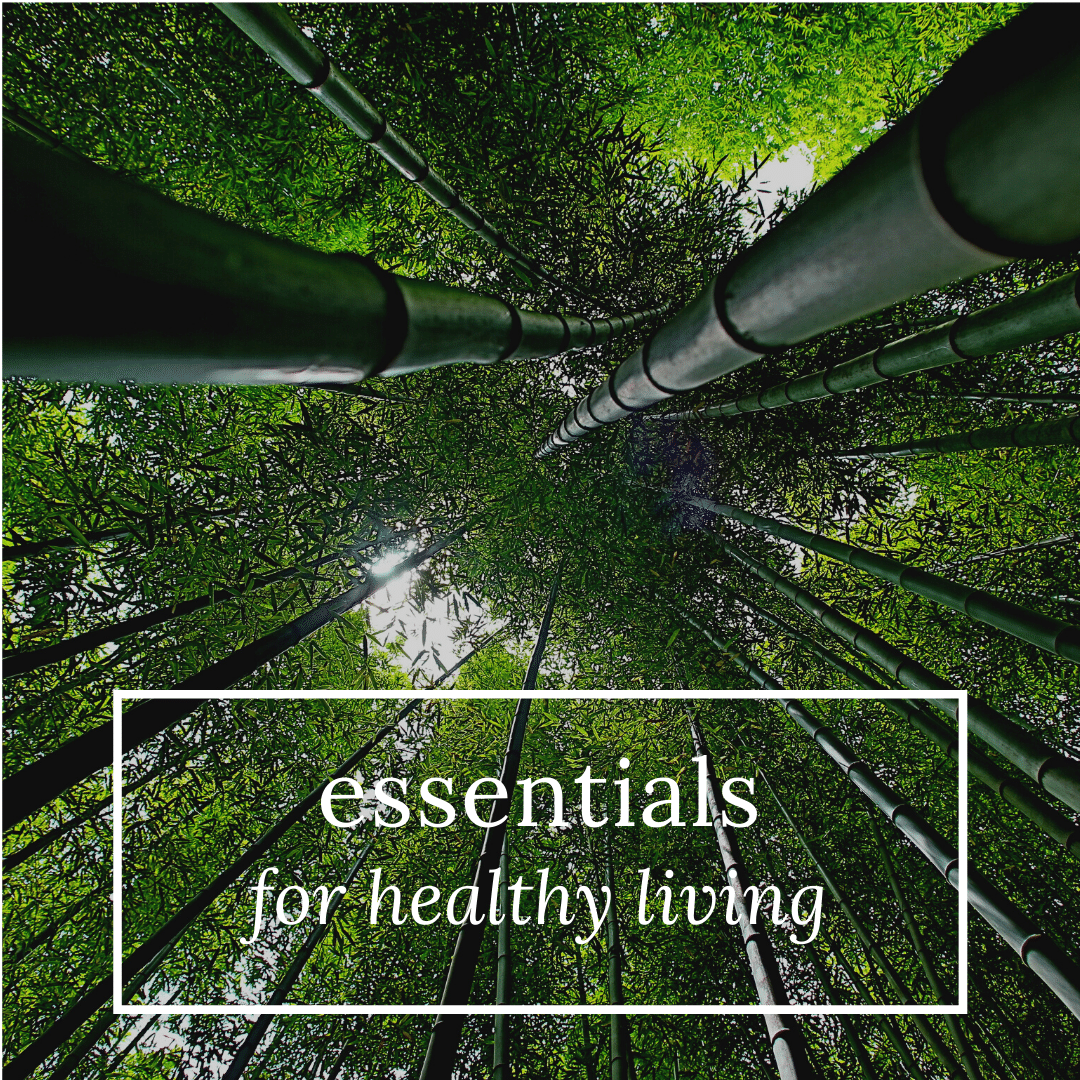 Natural Cleaning Products for the Home 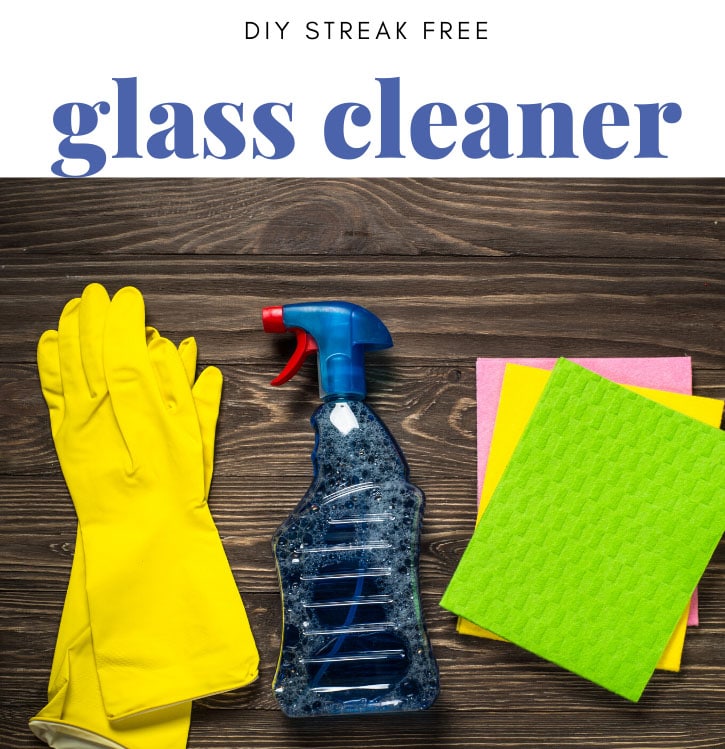