You are here: Home / Clean Eating / What to do with a Coconut

I have never cooked with a raw coconut before, so I had to do a little research to figure out a) how to open it and b) what to do with it once it was open. 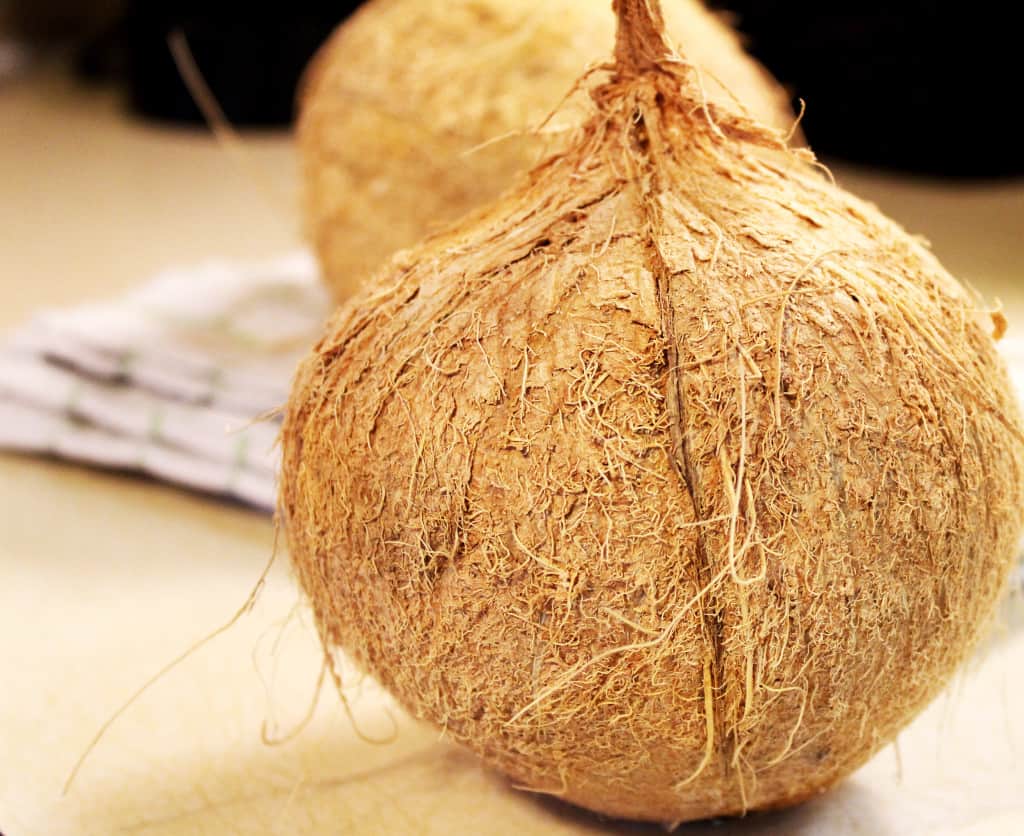 The coconut is filled with coconut water, which is a sweet, low-calorie, and high-potassium drink!  There are 3 “eyes” on the top of the coconut that are softer than the rest of the shell. To preserve the coconut water, puncture the 3 “eyes” with a wine bottle opener.  You can also use a hammer and a sanitary screwdriver to gently tap into the hole, but be careful not to hurt yourself in the process! 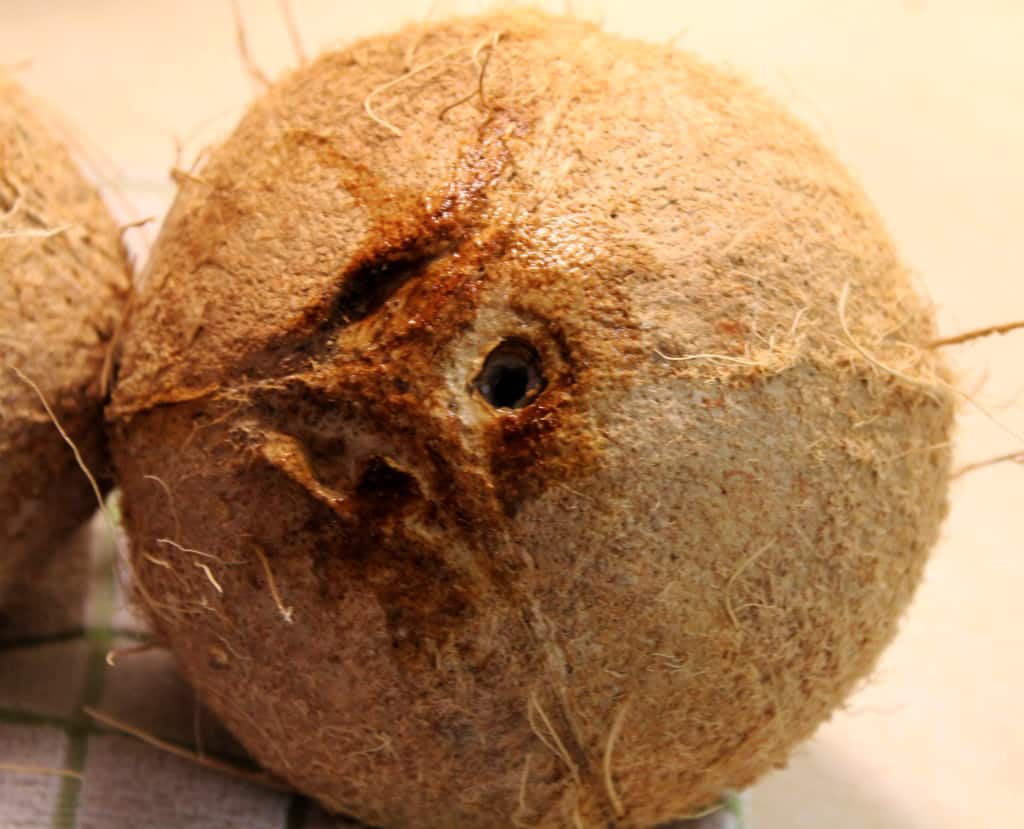 Once the holes are made, hold a paper towel over the top of a bowl and pour the coconut water through the paper towel and into the bowl.  There will be a little dirt from the shell, so the paper towel helps filter the water. 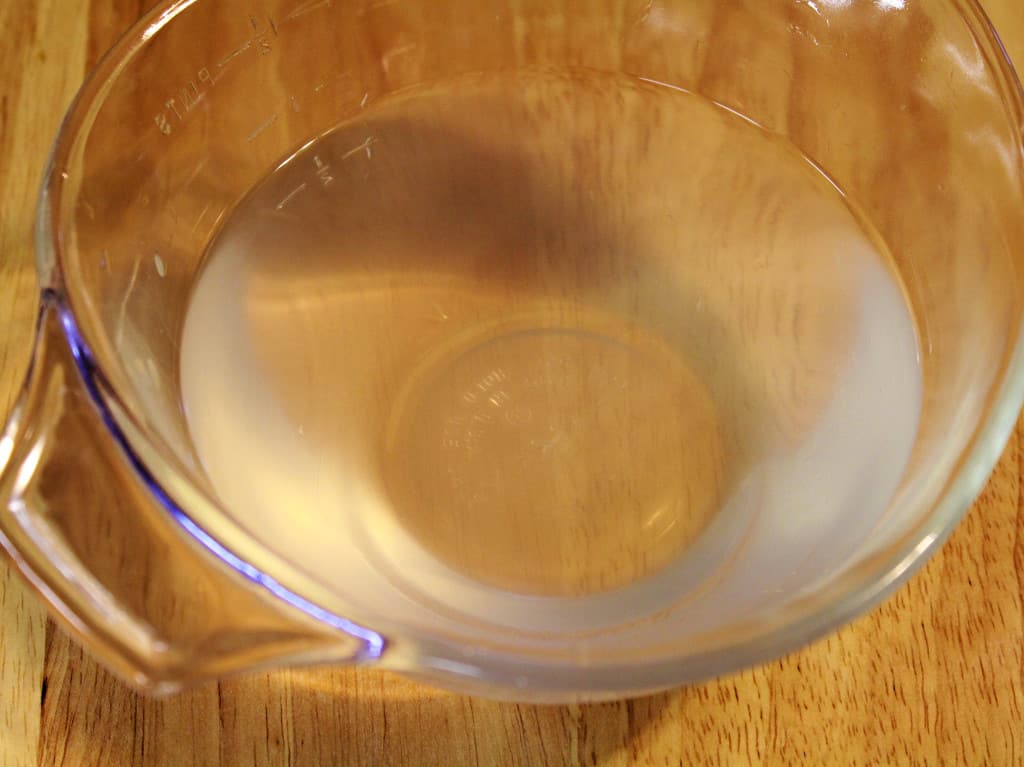 How to break it open:

Some online videos recommended using a heavy knife to crack it, but my knifes weren’t heavy duty enough, and I didn’t want to slice off my hand trying.  Instead, my husband placed the coconuts on a towel and used a hammer to gently crack it open, and then into smaller, more manageable pieces.

Then, carefully pry the meat from the shell with a knife. 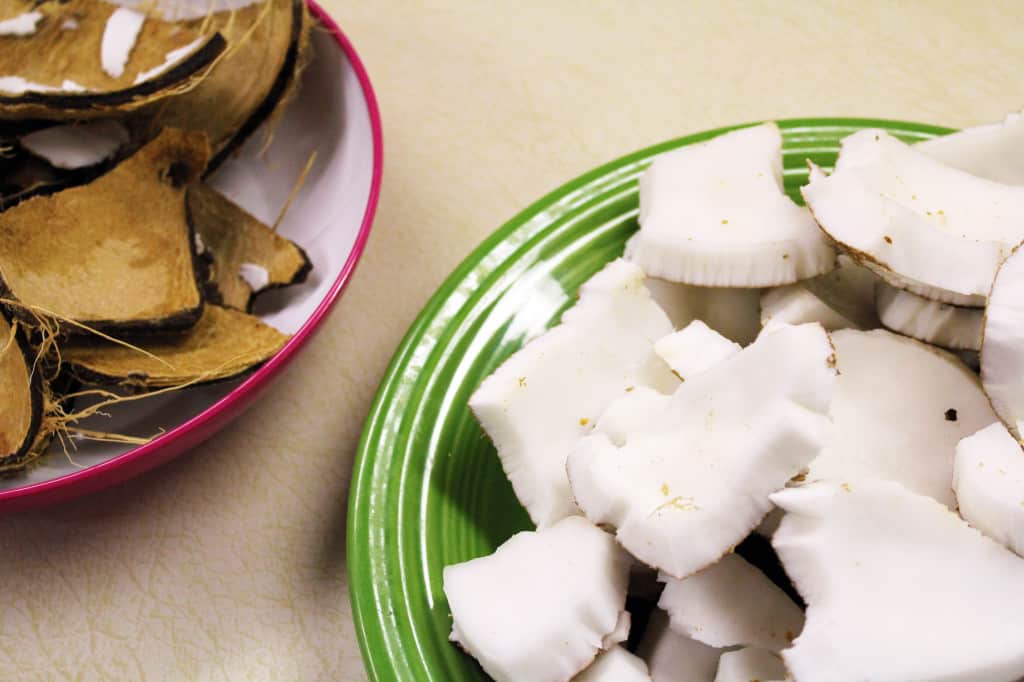 How to shred the coconut:

Next, you’ll remove the remaining shell from the coconut using a potato peeler. 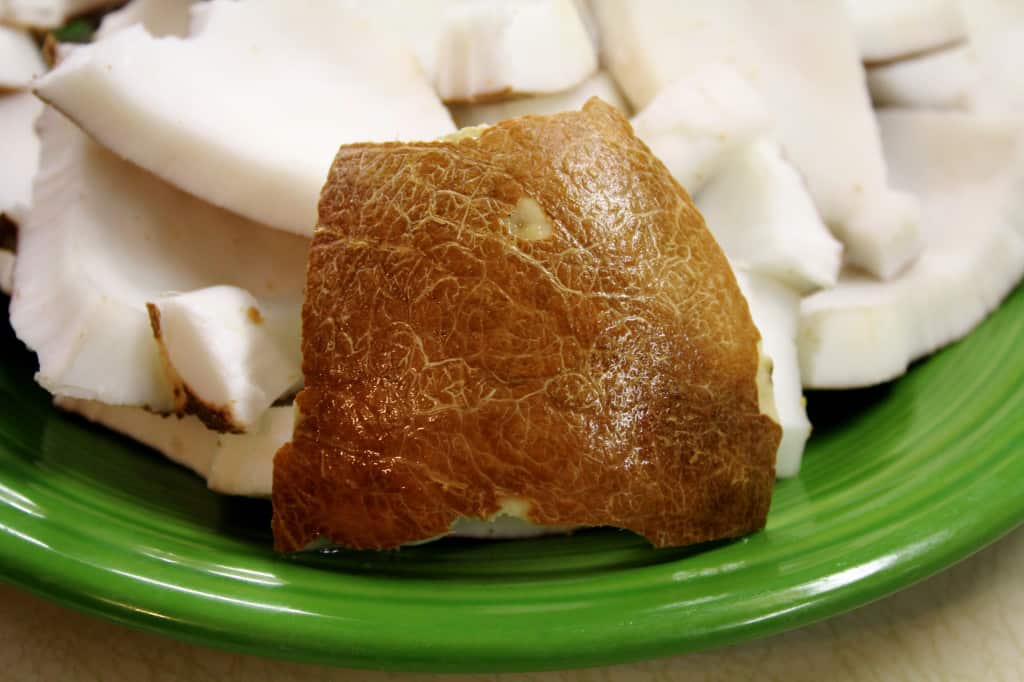 What to do with shredded coconut:

There are so many things you can do with fresh shredded coconut!! I opted to use a cup of my raw coconut to make a fresh and decadent Coconut Cream Pie: 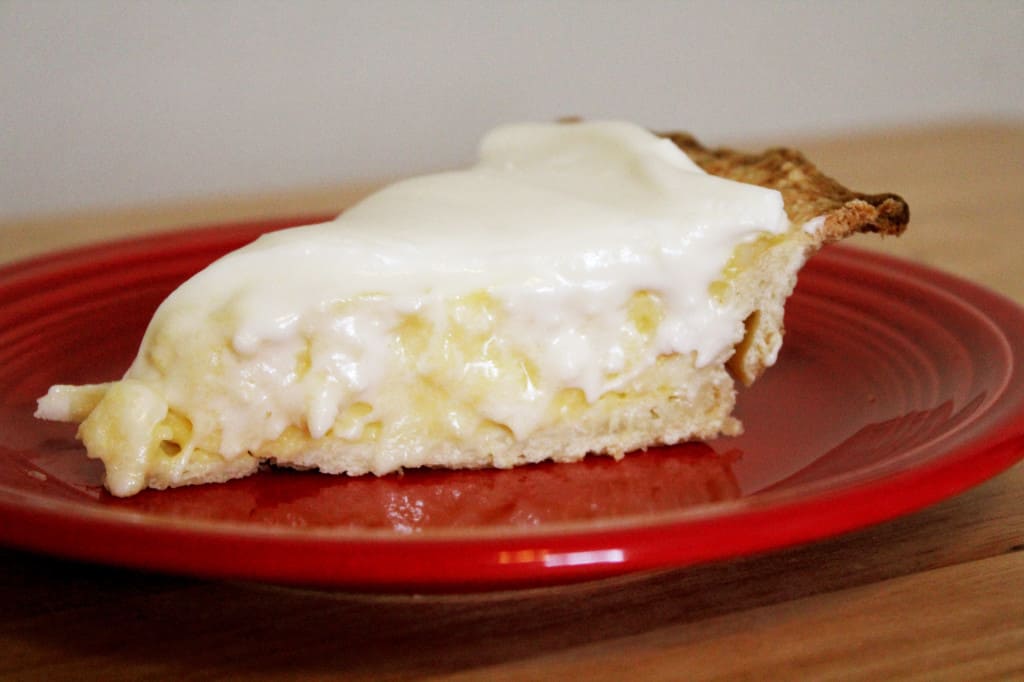 I toasted the rest of the shredded coconut in the oven at 350 degrees for 10-15 minutes.  This makes a great topping to ice cream sundaes, fruit salads, or use it in to make your own homemade Girl Scout Samoas! 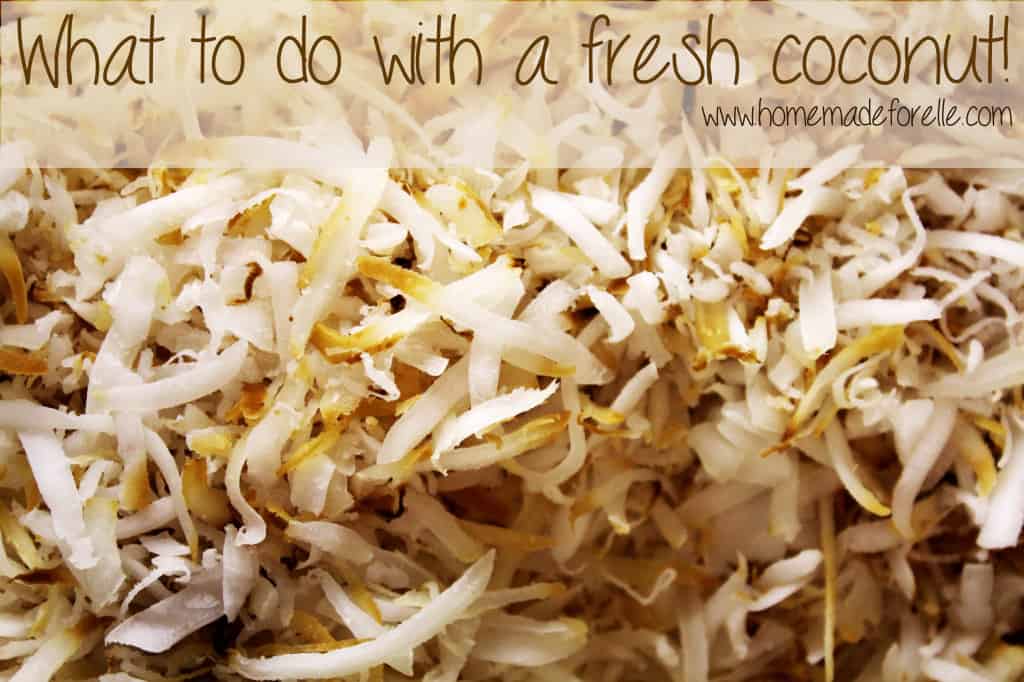 Other great things to do with fresh shredded coconut: