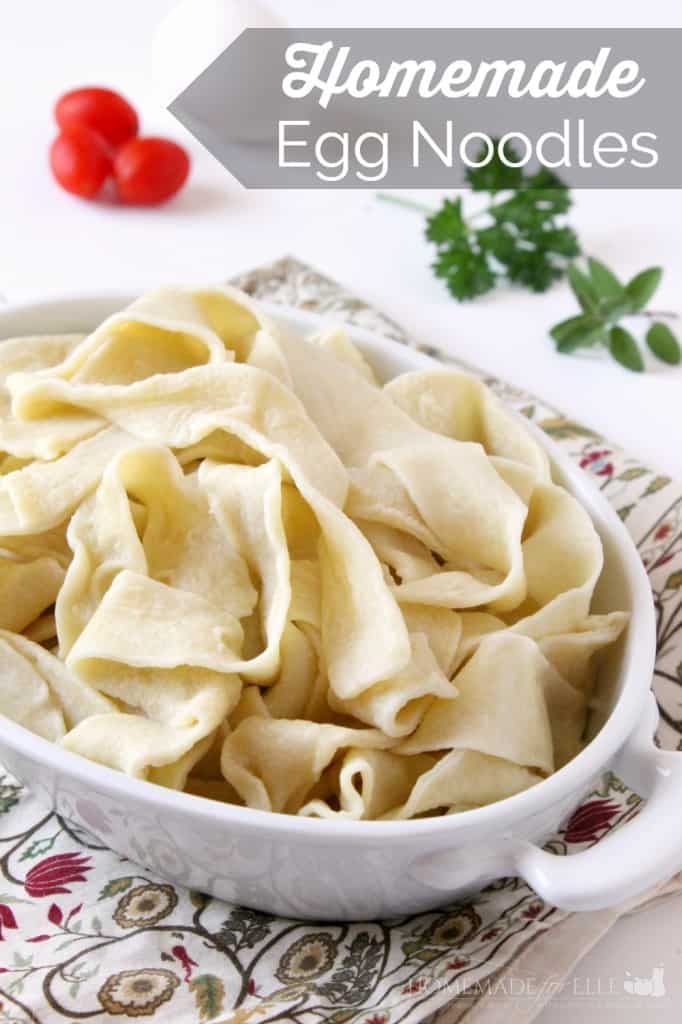 Egg noodles are super easy to make at home and can be ready to serve in a matter of minutes. They consist of four ingredients: all-purpose flour, eggs, olive oil, and salt. There are many ways to make egg noodles at home, from preparing 100% by hand to mixing in a stand mixer, but no matter which method you use, you’ll still end up with great-tasting egg noodles.

Right now, you’re probably thinking “Um, I’m pretty sure I don’t have the skill to make egg noodles.” But honestly, it couldn’t be easier. I’ve found that a food processor gets the dough mixed up and ready to go in less than a minute. It’s the simplest way to get the dough mixed together so that you don’t have to knead it very much. 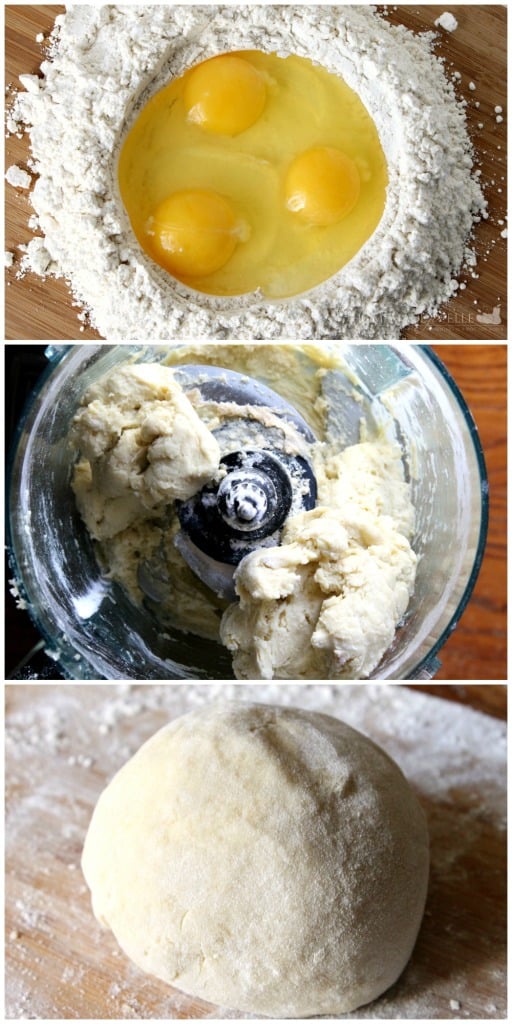 After the dough is kneaded and shaped into a ball, you’ll need to divide it into four equal(ish) pieces. Then you roll out each piece as thin as you can get it, fold, cut, and set aside. Repeat with the following balls of dough and after that it’s just a matter of cooking the noodles. 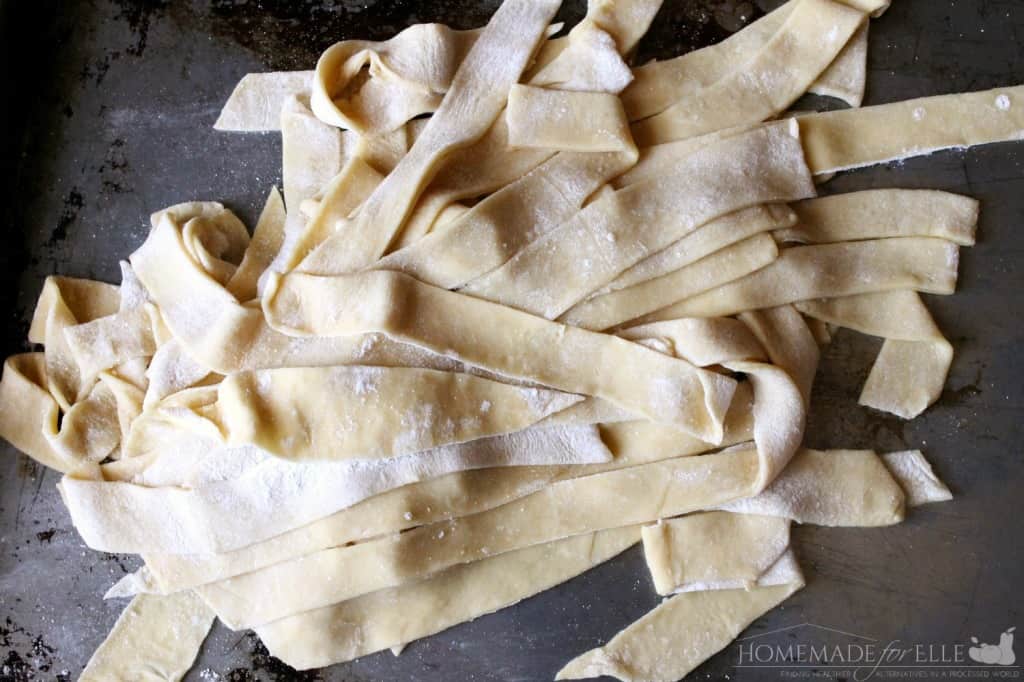 You can alternatively mix the dough by hand. You don’t have to do it the authentic Italian way—placing the ingredients in a mixing bowl will suffice. If you’re going to prepare the dough in a mixing bowl, you’ll need to lightly beat the eggs in a small bowl first. Then add it to the flour, oil, and salt and mix together until a cohesive ball forms. You might need to knead it for a minute or so until the dough is smooth.

Homemade egg noodles have so much more flavor and texture than store-bought noodles and are almost as easy to make. Four ingredients and twenty minutes of your time are all you need to make perfect noodles from scratch. Top these noodles with your favorite sauce or flavor them with a little butter and garlic salt.

In the bowl of a food processor, combine the flour, eggs, olive oil, and salt. Pulse until a cohesive ball forms.

Remove the dough from the food processor and shape into a ball. Divide the dough into four pieces and let rest for 5 minutes. (This helps the gluten relax and makes rolling much easier.)

Flour your work surface. Roll a piece of dough into a rectangle that’s 1/8 of an inch in thickness (or less). Fold the dough into thirds, being careful not to crimp the dough.

Cut the dough into 3/4 inch slices. Unfold the slices and place on a large plate. Continue with the rest of the dough.

Bring a pot of salted water to a boil. Place the noodles into the water and let cook for 5-6 minutes, stirring occasionally. Drain and serve.