With apricots in season, it’s the perfect time of year to create a homemade apricot glaze to baste onto a pork tenderloin.  This apricot glazed pork tenderloin offers a nice balance of crispy bacon and tender pork, and a savory and sweet flavor.  This will become your favorite weekend dinner! 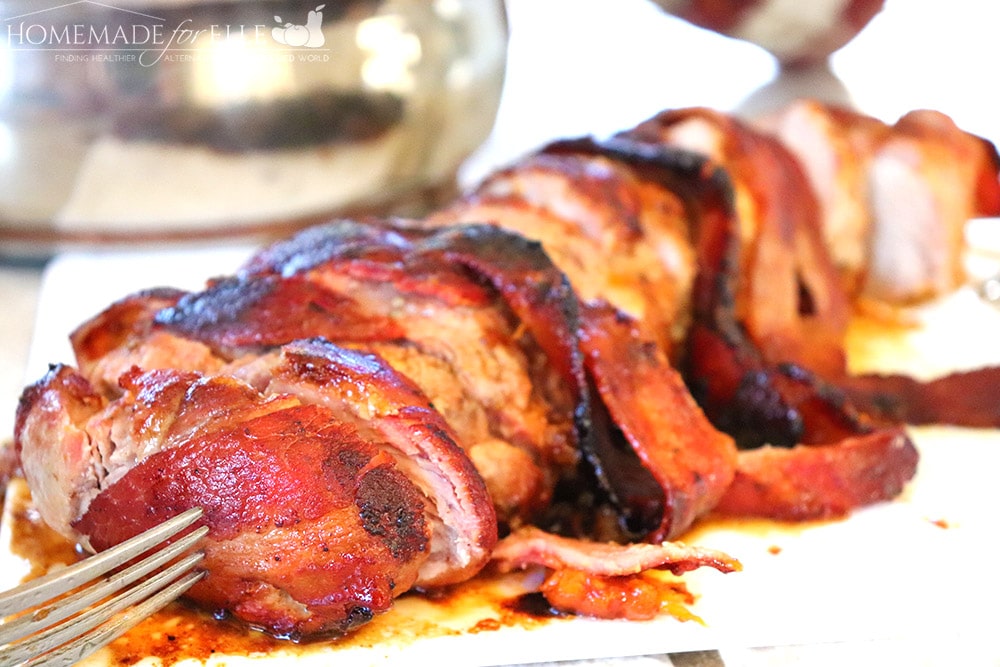 At the beginning of the summer, I joined a local CSA.  The idea of having local, organic produce that is in season, while supporting local farmers seemed like a great idea!

I have been getting my weekly produce shares and it’s definitely influenced what I make for dinner throughout the week.  This past week, I received a pound of organic apricots and wanted to integrate them into a savory dinner. 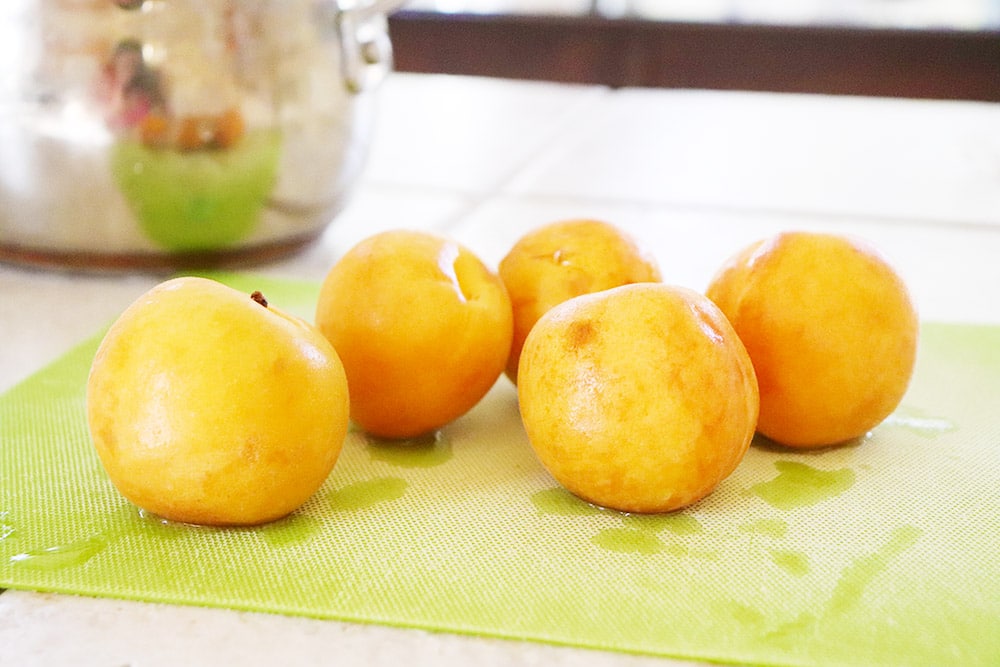 The start of this apricot glazed pork tenderloin starts with the apricot glaze.  You’ll start by cutting the apricots in half, removing the pit, then adding them to a pot with some water, sugar, and a pinch of salt.  Once it gets to a jam-like consistency, allow it to cool, and add in a little dijon mustard. 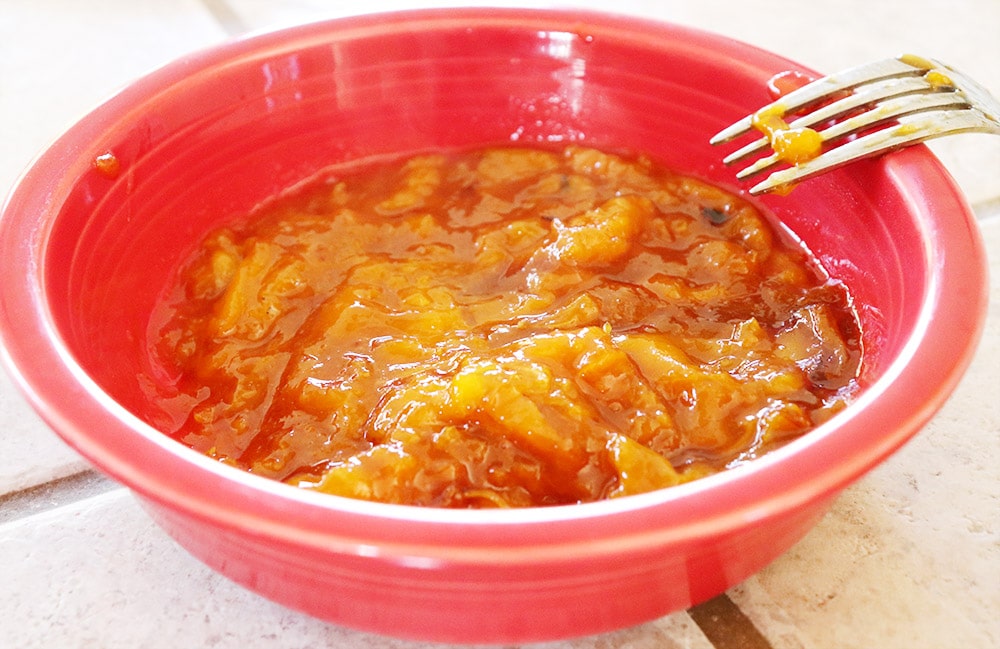 Preheat the oven to 400 degrees.

Combine salt and brown sugar, then rub the mixture into the pork tenderloin. 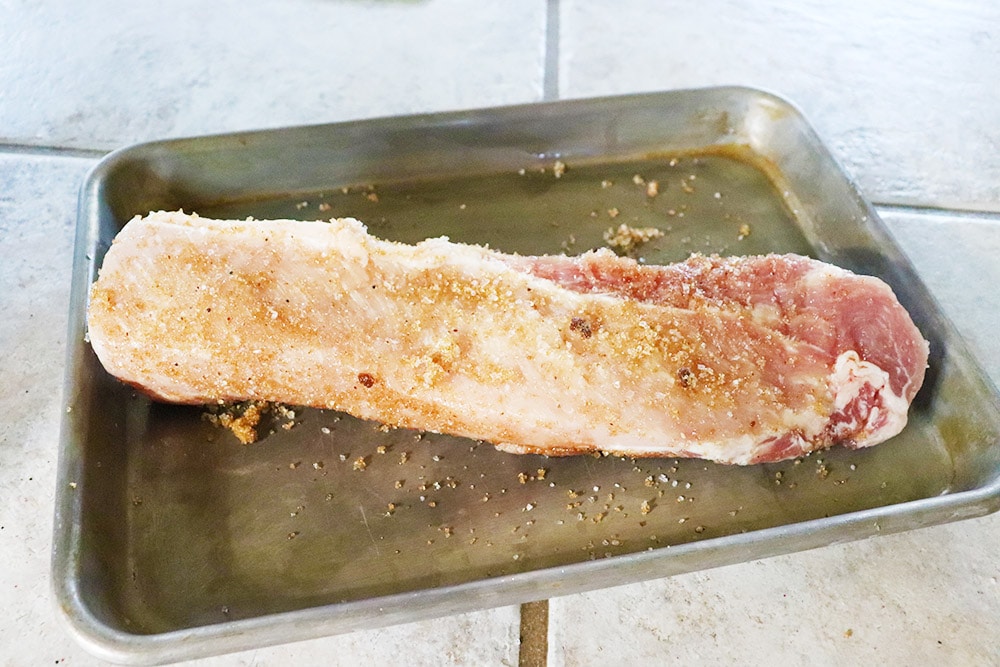 Next, wrap the pieces of bacon around the pork tenderloin, and place in a large oven-safe pan over medium heat. 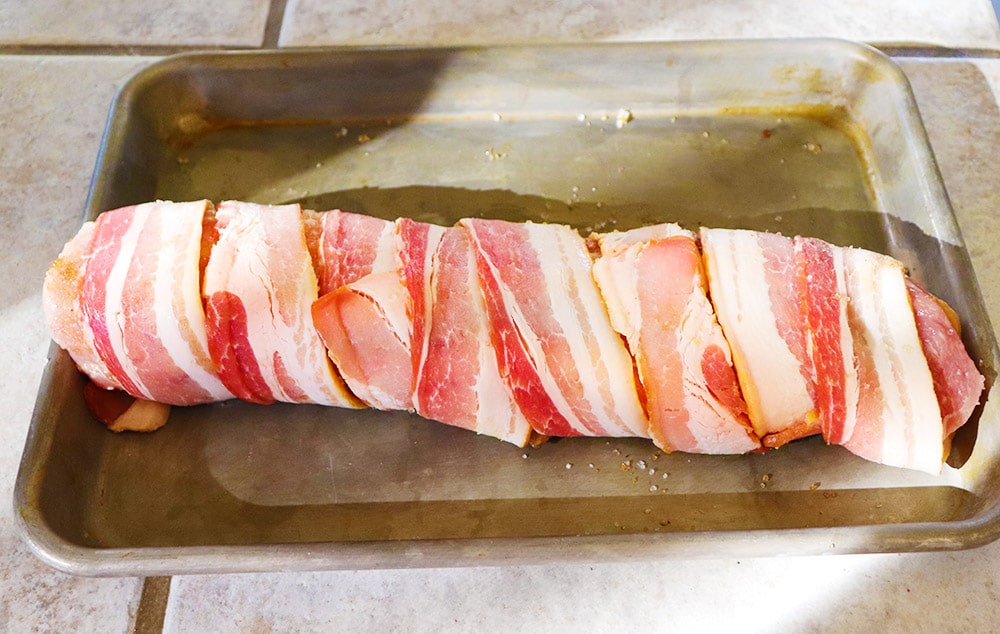 Cook until browned on all sides, which takes about 15 minutes.

Transfer to preheated oven and bake for 10 minutes.   Remove from oven, and baste on apricot glaze.  Return to the oven and bake until internal temperature reaches 145 degrees. 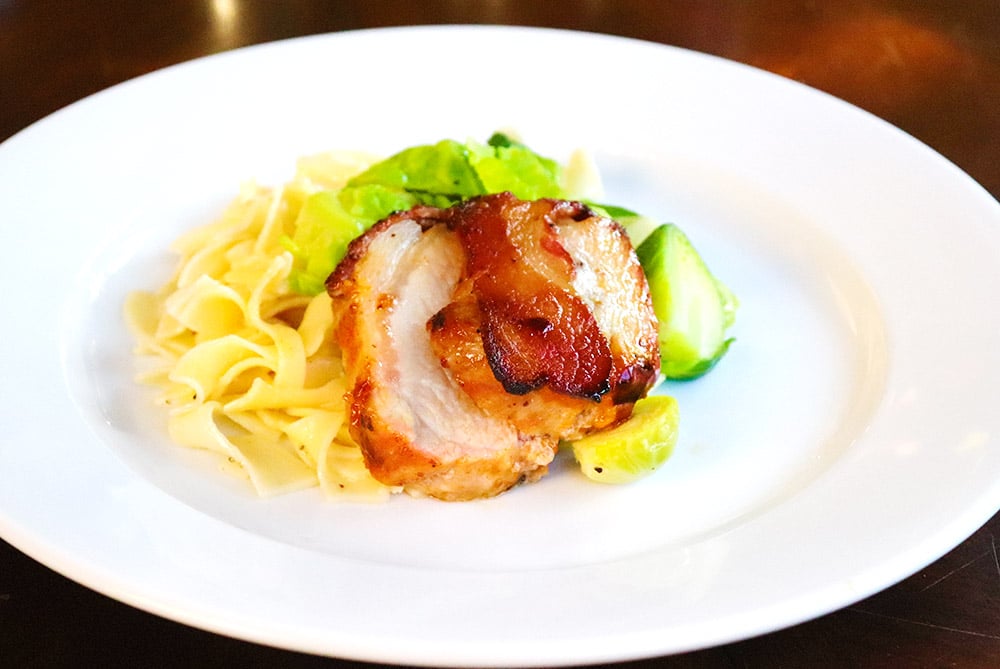 Do you want to print out this recipe to hang on your fridge or share with a friend?  Here is a printable version! 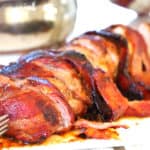